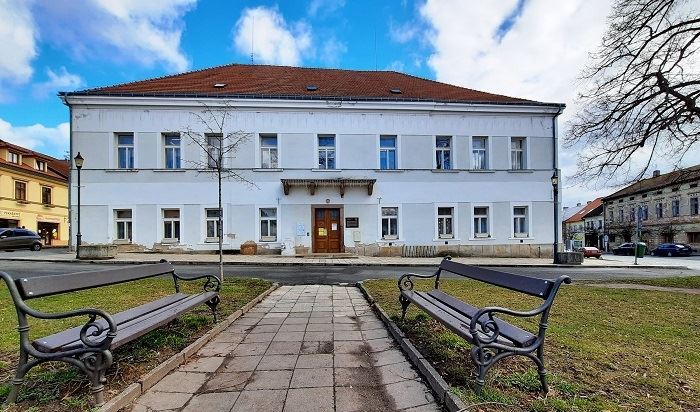 Our city offers a nice walk that you can start on the square of Arnošt z Pardubic. There is the Old Townhall from the 14th century  in the middle of the square with the entrance to the gothic cellars. There is the St. Gothard's church and the Belfry at the St. Gothard's church next to the Old Townhall. The Belfry is closed but there is a big bell called Marie inside. It weighs 650 kg.

In the opposite corner of this square there is a Statue of St. Family. From this point you can see the other statue and the new townhall on the Husovo square.

Nearby on the right you can walk towards the Jiráskovy sady park. There is the Church of the Holy Trinity and Belfry and the monument of Jan Hus.

In this park you can sit and have a rest by the pond. At the end of the park there is a brewery with a pub.

TIP: Let’s go for a walk to Tuchoraz and visit a residue of the castle. Or just stay in the city and visit the Podlipanske museum. There are interesting expositions about the city and Battle of Lipany.

NEXT TIP: Visit the Lipan Battle Monument which is 10 km from the city. We are looking forward to your visit.